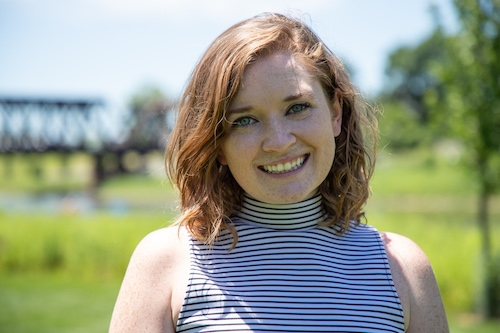 Jaelynn is one of our cofounders. She serves as the editor-in-chief for Matter and managing director of parent company GMM

Jaelynn leads our marketing, fundraising, and website efforts. She has worked in journalism for eight years, including working for Mother Jones Magazine and Honolulu Civil Beat. She has worked as a reporter, producer and editor for companies across the country and has a focus on digital, investigative reporting. She cofounded Matter because she believes nonprofit is the most ethical funding model for news and that journalists should get out from behind their desks and talk to people. 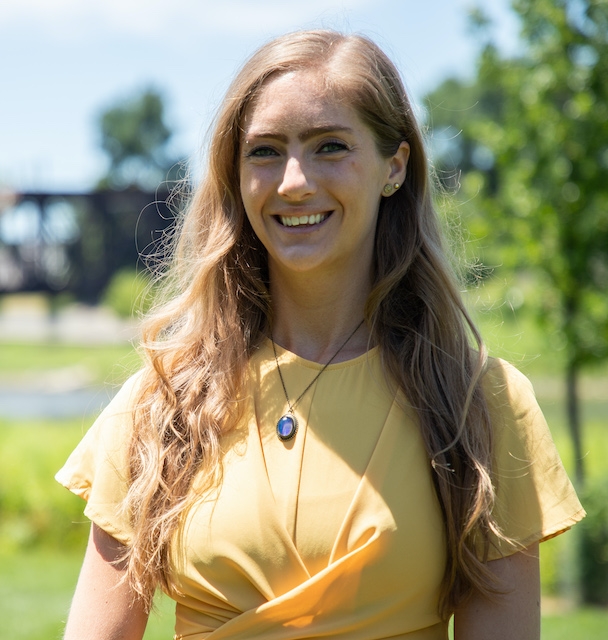 Cassie Young is one of our cofounders and managing directors of GMM.

Cassie Young lives in Harrison West and graduated from The Ohio State University with master’s degrees in social work and public policy. By day, she runs research trials to improve government programs to work better for citizens. By night and on the weekends, she is a managing director at Grey Matter Media and the development editor and a reporter for Matter News. She co-founded GMM due to a deep desire to improve the lives of all people and a strong belief that that cannot happen until people are empowered to better understand and be active in their communities through good information, stories, and thoughtful discussion on local issues. She recently cofounded a multimedia arts festival called Cloud City and is DJ for the band it's (i). 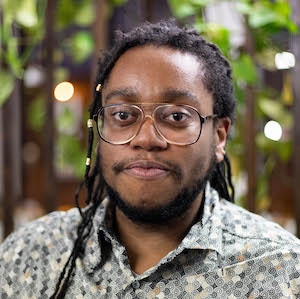 Kah'lil is a video creator and contributor.

Kah'lil helps Matter create visual content such as videos and animations, as well as heads social media efforts. He holds a bachelor's in Integrated Media from Ohio University. He is a young creative with a passion for telling stories and challenging traditional narrative. He works mostly in the visual medium, though he often experiments with various other formats. He is proud to be part of a team that is pushing for necessary change. He is the COO of They Love and Co-Founder of Our Ancestors Speak. 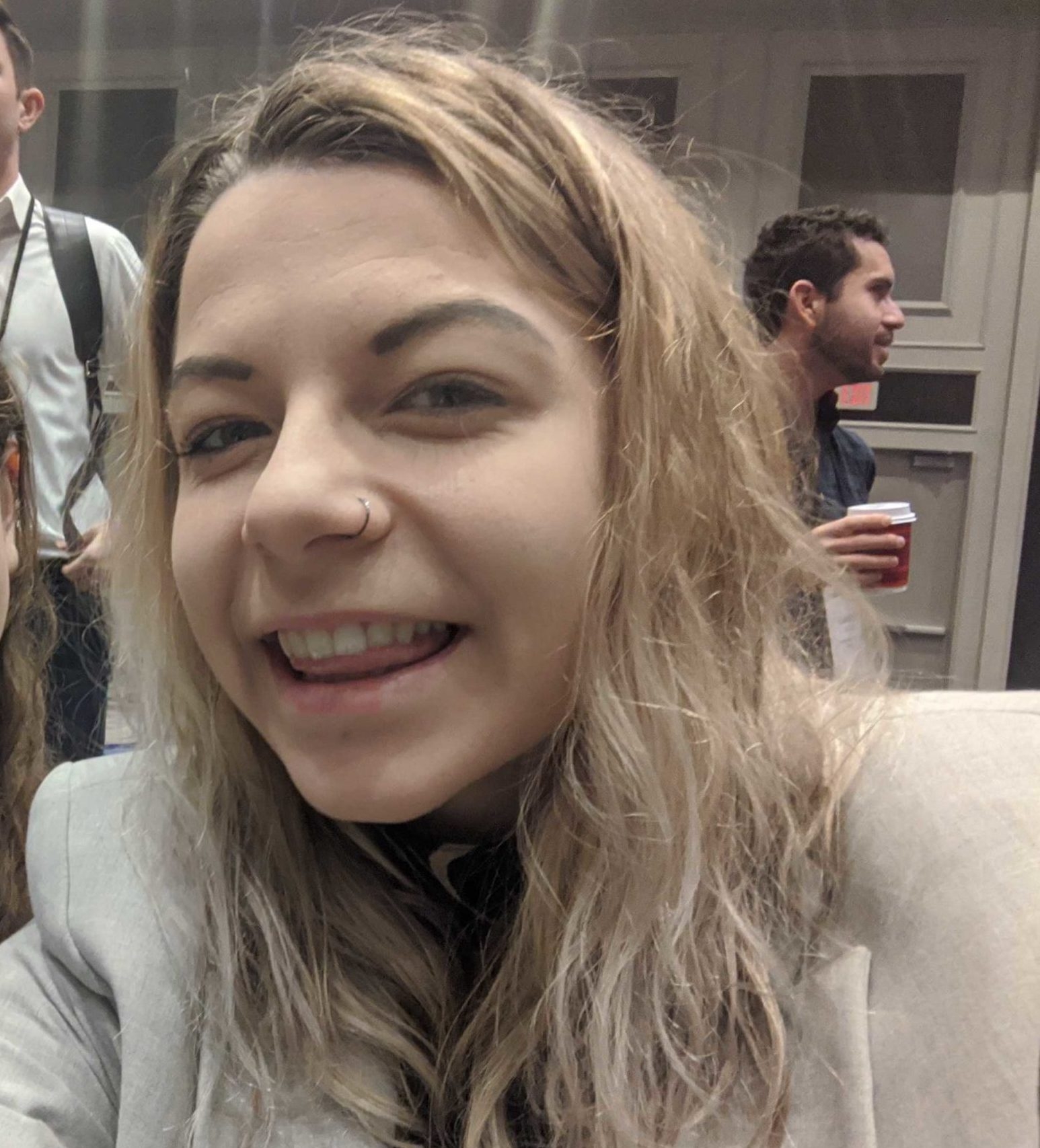 Marisa is one of the co-founders and the managing editor of Matter.

Ris Twigg currently serves as Matter’s managing editor and she assists in the areas of administration, marketing, social media, and the website. She is a recent graduate of Ohio State University, where she earned a Bachelor's of Science in environmental policy and decision-making while also taking journalism classes on the side. Ris' GMM journey began after co-founder Cassie Young stumbled upon a piece visualizing Columbus poverty and asked her to join the team. Ris worked for Ohio State's student newspaper, The Lantern as both a photo editor and the Paper's first environment reporter, covering everything from football games and federal budget cuts in the EPA to climate change research, sustainability and more. She formerly worked as a communications intern for ENGIE, a global energy service provider based in France that manages Ohio State's energy assets. Ris joined GMM because she believes in a publicly accessible, affordable (free) and independent press. She recently started her own business called Photographs by Ris. After previously calling Tiffin, Ohio her home, she now lives in the Hilltop. She is also mom to Matter’s mascot, Niko the husky. 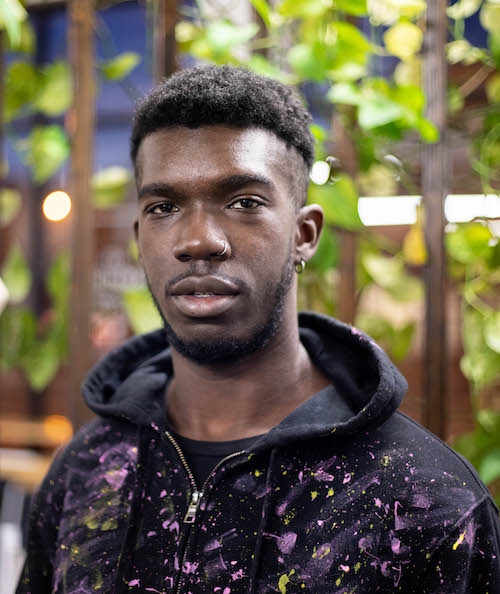 Isaiah Boyd produces music and actively engages with the community.

Isaiah Boyd produces music for Matter's content and works on outreach and engagement efforts. He studied audio engineering at Tiffin Uiversity. He is the lead singer, rapper, producer, and dancer for his band it's (i) and is the founder of multisensory mindfulness company The Phantom Reality, as well as creative director for multimedia arts festival Cloud City. His passion is surfacing topics in discussion that aren’t normally brought up, which is why he is passionate about Matter. He uses his creative outlets to paint the picture of a world of free and open minded humans who in which live a healthy and mindful life. His hometown is Chicago, Illinois, but he has settled down in his adopted home of Columbus and lives in the Harrison West neighborhood. 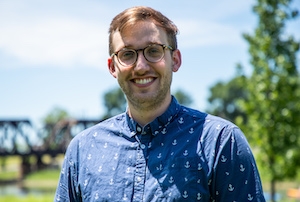 Max Wrolstad is a contributor.

Maxwell Jacob Wrolstad is currently living in Olde Oaks and is a graduate of The Ohio state University. He serves as the executive producer/editor for Grey Matter Productions, as well as a reporter for Matter. He got involved with GMM because of how bleak the media landscape/world is today and because he believes a strong local media can improve those conditions. He likes to write and shoot videos, but sometimes those skills feel like they’re not very effective in changing the world around him, so putting them into a journalism venture like GMM was and has been an incredibly gratifying and exciting experience for him. 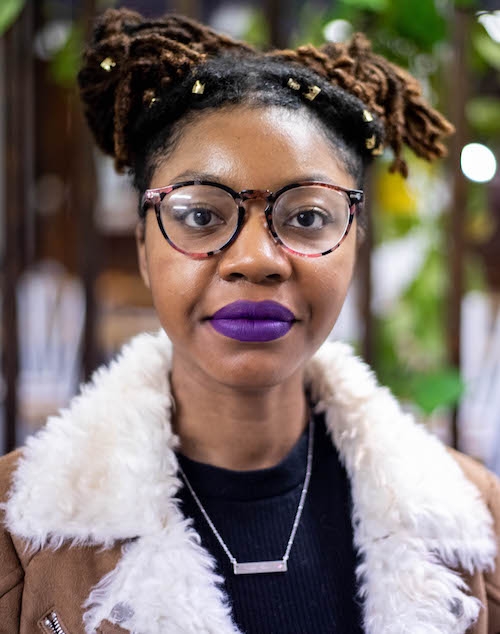 Nasia Morgan is an opinion writer for Matter. 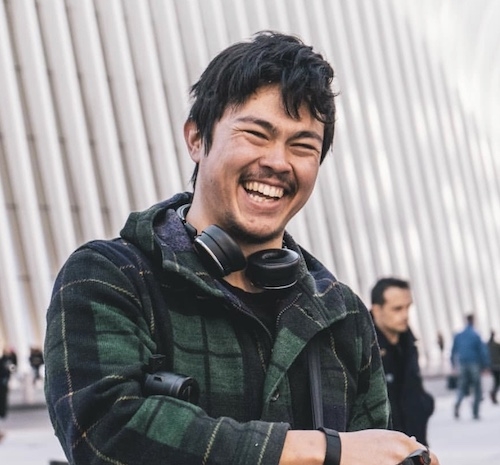 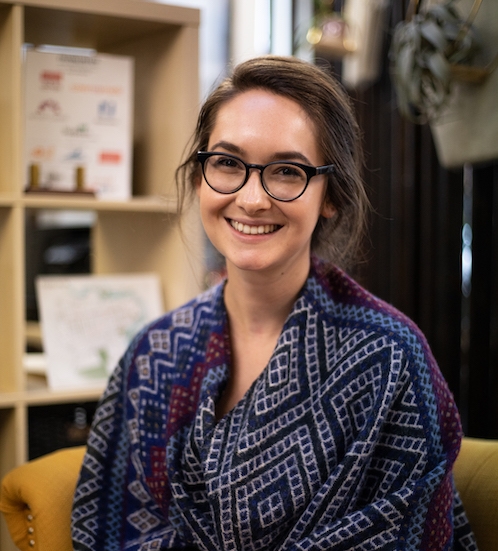 Olivia Miltner is an investigative development contributing reporter for Matter. 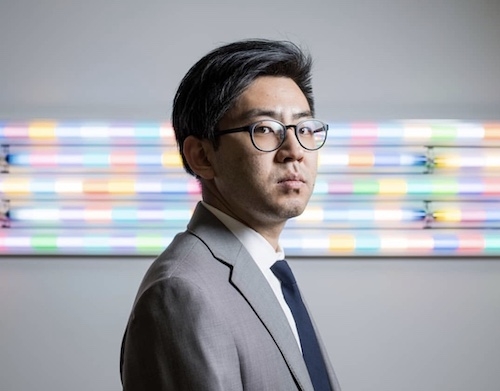 Philip Kim is a board member. 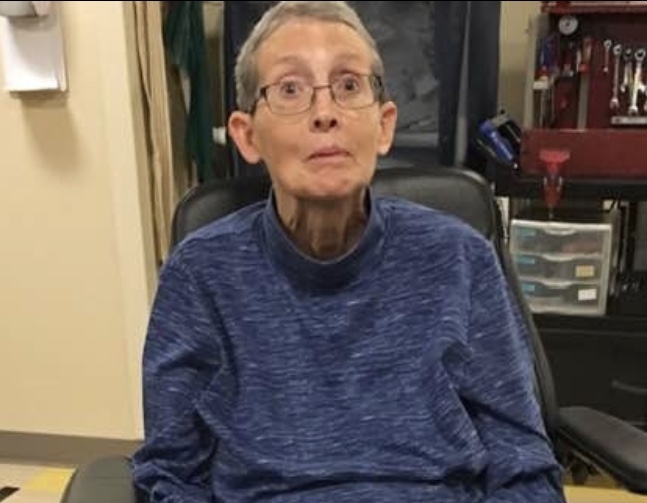 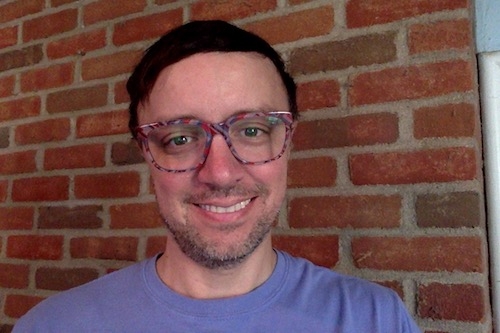 Kevin works as an attorney at a non-profit civil rights organization for people with disabilities. He is also involved in the National Lawyers Guild, Yes We Can Columbus, and Big Brothers Big Sisters. He's been around since before GMM was founded! 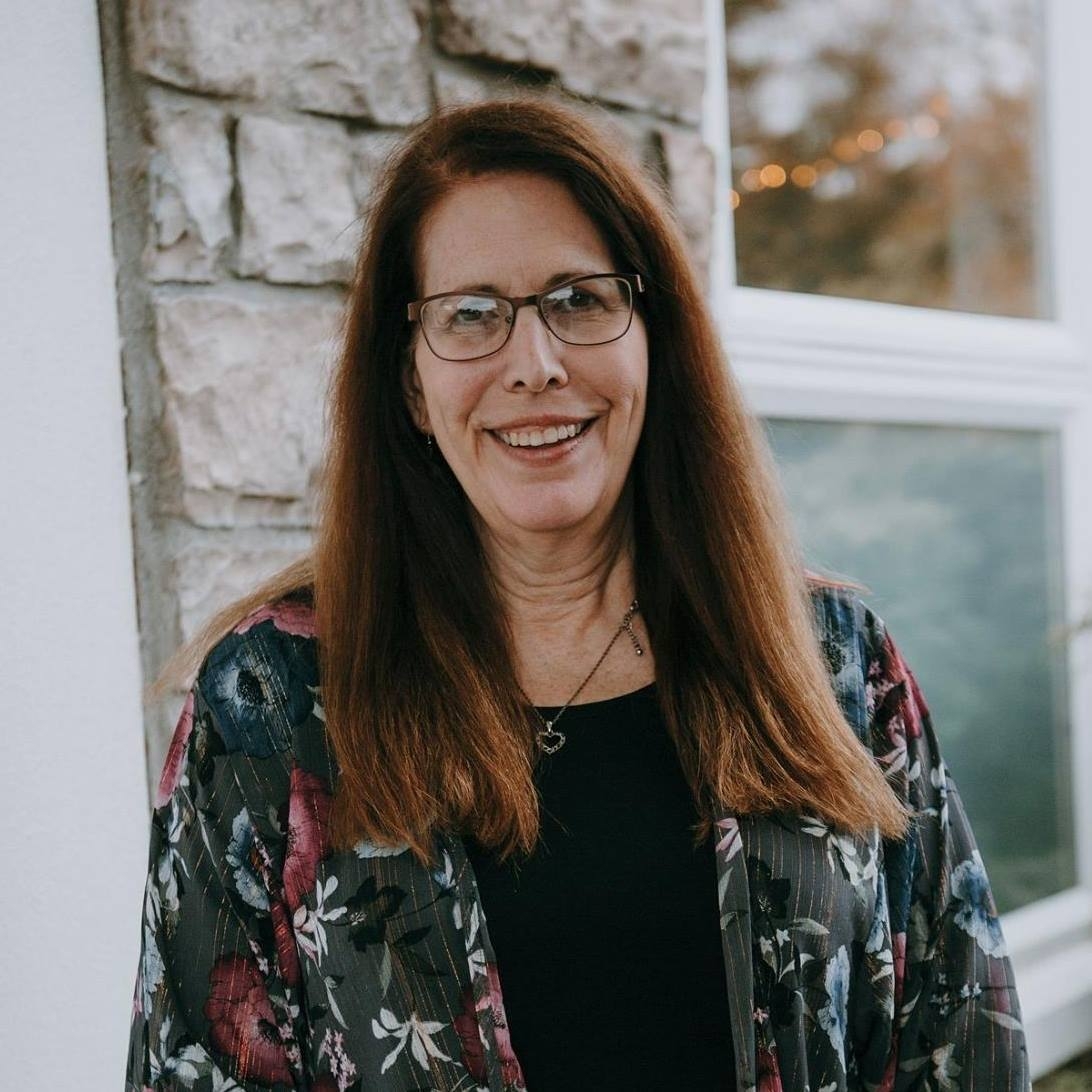 Edie Milligan Driskill is an author and freelance writer on the topics of personal finance, social justice and education. She enjoys auditing classes in public policy and history at Ohio State University. She and her husband love teaching adults to dance in their home studio in Worthington.

Let’s be real: Local news coverage today lacks the resources, understanding and context needed to produce quality journalism. That means for cities like Columbus, locals are left without information about what’s happening in their own backyards.

That’s where Grey Matter Media comes in. We’re a small team of journalists, social workers, filmmakers and concerned citizens from this community who want to bring innovative, investigative news to central Ohio. And what’s more: We want to make it affordable. As a nonprofit, we will not be beholden to large advertisers, and we will never make you pay to access our content.