These 11 photos show how Columbus neighborhoods are changing 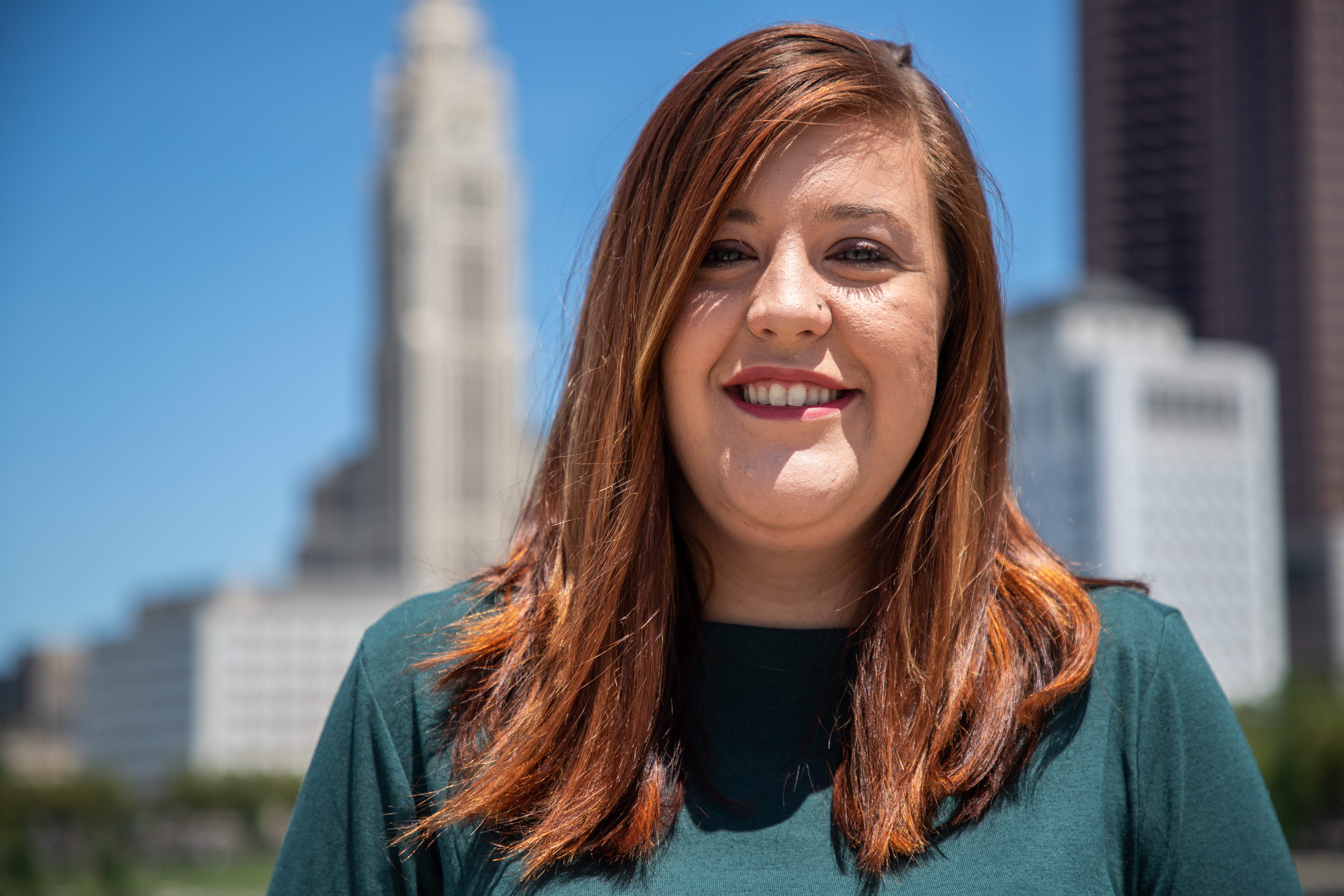 This story was originally published on October 15, 2018.

Take a walk in nearly any neighborhood around Columbus and you’ll see “For Sale” signs in front of homes with freshly painted trim and manicured yards.

These homes are often scattered amongst older homes, some of which are vacant. The stark contrast in the city’s development is clearly demonstrated when these two very different types of homes sit just feet away from one another.

Tucked away from the busiest streets — where development often looks like a new high-rise complex or a local business being pushed out — signs of development also show up in residential areas. New houses are built, old homes are renovated and neighborhoods are rebranded as “up-and-coming.” In some neighborhoods, deemed “revitalized” by cities and developers alike, new mixed-use developments and flipped homes force the prices of nearby homes to increase. On the surface, that may seem like it’s just a good thing for homeowners, and in some ways it is. But, the increase in home value ultimately increases property taxes. For low-income residents, that could price them out of their homes.

“When you have higher income folks moving into a place where they then put upward pressure on rent and home prices, it’s not a choice for lower income people about whether they want to stay or leave that neighborhood,” said housing expert Lisa Sturtevan during an NPR discussion. “In many cases it’s a forcing out. And I think that that’s an important difference to understand.”

With relatively low housing costs and a rapidly increasing population, Columbus is a prime spot for housing investors. Although housing costs in the Columbus area remain relatively low nationally, they are increasing at an above-average rate, outpacing wages and burdening residents. The following images show the contrast between spots of new development and older homes in five Columbus neighborhoods.

THESE FRANKLINTON HOMES ARE ONLY A FEW FEET AWAY, BUT A CENTURY APART

Jeremy Miller, architect and 6-year resident, lives in a custom build in Franklinton. The house next door is owned by Debbie Hawkins, who has lived in her home for two decades.Photo Credit: Maggie Laura

Debbie Hawkins has lived in her home for 20 years in Franklinton, just west of downtown. Her home may seem modest next to her new neighbor’s home, but it’s full of history. The tile stairs leading up to the home were salvaged from the Ohio Penitentiary, a prison that used to sit in downtown Columbus prison and closed down in 1984.

Debbie Hawkins and her late husband spent many years adding personal touches to their home built in 1900. One of those touches includes brick stairs a neighbor laid for them with bricks from the Ohio Penitentiary, which used to sit in Downtown Columbus.Photo Credit: Maggie Laura

Her neighbor Jeremy Miller, an architect, custom built his modern, asymmetrical home on an empty lot he bought from the Columbus Land Bank in 2016. Most lots for sale in the city of Columbus go for under $10,000.

“I think its been really good for me,” said Miller, a 6-year resident of Franklinton. “I know a lot of friends that have fixed up homes and taken old boarded-up homes and fixed them up and either selling them or getting people living in them again as rentals, so I think that’s great.”

Jeremy Miller lived in a different part of Franklinton before recently moving into the house above. Miller, an architect, decided that instead of buying a house in Franklinton, he’d just make his own.Photo Credit: Maggie Laura

HERE IN BRONZEVILLE, HISTORIC PUBLIC HOUSING IS UPROOTED AND REPLACED WITH MIXED-INCOME APARTMENTS

The new Legacy Pointe at Poindexter Village only hints at its historic namesake with its brick facade. Some residents welcome the change.

“It’s pretty nice,” said Kem Evans, a Legacy Pointe leasing agent. “I have history in this area. I’ve been in this area my whole life. So I know what It looked like way before then, and what’s going on now I think it’s a great move. It’s going to help the revitalization in the area.”

Poindexter Village was the nation’s first public housing development built in 1940, and it remained there until most of it was demolished in 2013. At the time, groups within the neighborhood protested the demolition of the buildings due to its cultural significance to the African American community.

Newly renovated apartments sit next to the next Mt. Vernon Commercial Building. Both buildings were constructed in 1900.Photo Credit: Maggie Laura

Newly renovated townhouses, a historic building and vacant apartments all stand on a corner in Woodland Park. Sitting across from a row of freshly painted townhouses, Antoine Fisher said he hopes his potential neighbors have the best intentions.

“It’s alright,” he said. “Most of the people coming in and buying these properties are trying to help the community. You know? I guess they may be going to raise the prices, and I don’t know what their plan is for low-income housing. I guess we will see.”

Woodland Park is a primarily residential neighborhood and was one of Columbus’ first planned neighborhoods. Apartments like the ones pictured above were built more than a century ago.Photo Credit: Maggie Laura

Closed businesses and abandoned houses are being transformed in the Woodland Park Neighborhood, an attractive neighborhood east of downtown and conveniently located near Interstate 670.

With peeling paint and broken windows, these older, mostly vacant apartments sit across from the endangered Mt. Vernon Commercial Building. Built in 1900, this building has served many roles for the community, including a boarding house for women, a drug store, a barbershop, an office space, a laundromat, a restaurant and an art gallery.

“I heard at one time this area was bad. I bought this house two years ago (on Taylor Ave), and there was a lot of boarded up houses, and now they’re being fixed up. I’ve lived here since the first part of June, and everyone has been very nice,” said Woodland Park resident Debbie Buchanan.

Sometimes the contrast between two homes are exceptionally striking, as in the photo above. One home appears to be seemingly abandoned with boarded up windows and faded paint, while its mirror image has freshly painted trim, a manicured lawn and freshly poured sidewalk.

With the high cost of homes in nearby tourist destination German Village, homeowners and renters are looking elsewhere on the south side in areas such as Schumacher Place, Merion Village and Hungarian Village. This has caused housing prices in some southern neighborhoods to increase drastically. Home values in Merion Village rose 11.4 percent from 2017 to 2018 according to Zillow, whereas Columbus home values rose 8 percent during that same time period.

Sites similar to the two homes above are frequent in neighborhoods being developed throughout Columbus.Photo Credit: Jaelynn Grisso

While development can breathe life into a community and stimulate the economy, it can also cause irreversible harm to long-time members of that community. With continuing development, Columbus residents can expect to see more new and renovated homes in their neighborhoods, which means there are more sights like these to come.